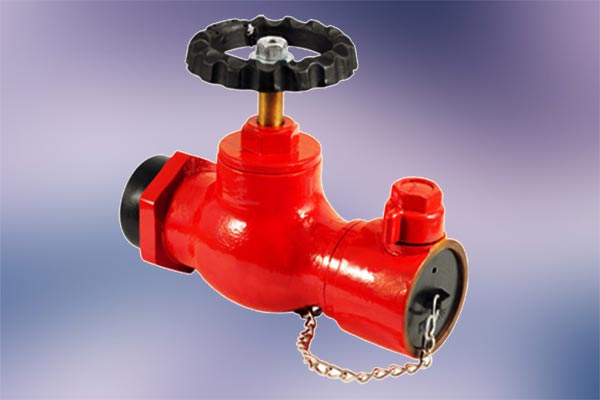 Wet pipe systems
Wet pipe sprinkler systems are the most common system. The pipes are filled with water under pressure and are only installed in frost resistant building areas. Since they are simple – they are also very reliable.
How it works – When an automatic sprinkler is exposed for a sufficient time to a temperature at or above the temperature rating, the heat sensitive element, (for example a glass bulb) breaks, allowing water (held under pressure) to flow from the sprinkler.

How it works – The sprinkler piping is filled with pressurized air. A special alarm valve is used to separate the sprinkler pipe and the water supply pipe.
When one or more of the automatic sprinklers is exposed to a temperature at or above the temperature rating, it opens, allowing the air in the piping to vent from that sprinkler.

Dry pipe systems are therefore not as fast acting in the initial phase of a fire. But the only delay before water is distributed via the sprinklers, depends on the time to vent the air from the pipe – this means that the potential for severe water damage exists.